Sleep – Are You Getting Enough? My Top Tips for Helping You to Improve It 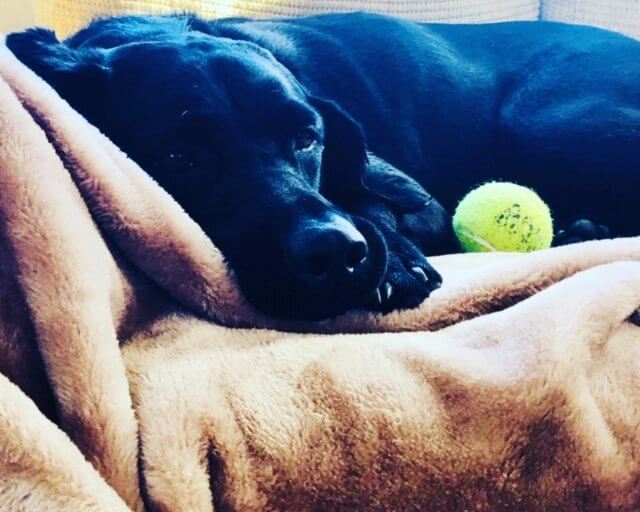 Sleep – Are you getting enough?

We’ve all seen the Government informercials for alcohol, smoking or sugar, warning us of the dangers of overindulgence and all the risks to our health and others, plus the cost to the nation.

When was the last one you saw about making sure you got enough sleep?

Are they missing a trick, do they need a wake-up call (pun intended!).

Have we forgotten how to sleep?

We live in a very unnatural environment. Computer screens, strange lighting, phone screens all trick the brain into believing that it’s still daylight. Only 100 years ago folks were getting on average 90 minutes more sleep each night than us modern humans.

Our bodies are designed to follow natural rhythms, we are creatures of the wild being held in captivity after all! Without sounding too hippyish the movements of the sun, moon and the earth all contribute to our natural hormonal fluctuations.

Just think back to before the lightbulb was invented, in the winter time there wasn’t much to do when it got dark at 5pm – so it was normal to go to bed earlier. It was cold too without central heating, this was another reason to go to bed early and stay in bed. We have evolved to follow the natural rhythms of where we live. Alternatively, in the summer we all feel more active and energetic – this is no coincidence. We have spring and autumn to transition naturally between the two phases of a slow pace and faster-paced living.

The World Health Organisation recommends that we get 8 hours of sleep every night. Are you getting that?

Well, if you answered no, according to the WHO you’re not alone. There are two-thirds of adults in developed nations not getting enough sleep. Japan is the worst with an average of 6 hours and 22 minutes, and the UK isn’t too far behind with an average of 6 hours and 49 minutes. A study in 1942 found that in the UK 8% weren’t getting enough sleep, that’s now rocketed to 50%.

Why do we do this?

Our work hours and long commutes have a lot to do with it. So has the perceived machismo of only needing a small amount of sleep. We’ve grown to idolise those who don’t need rest, like some self-flagellation of modern times, sleep is looked upon as only for the weak.  Margaret Thatcher famously lived on only 5 hours of sleep every night, and kept her Cabinet on their toes during all hours. Less is said however, about her final years of dementia and series of minor strokes that left her unable to identify her own family. It’s also easy to blame it on our modern technology, but actually, it could be argued that social media has created more of an awareness of health and wellbeing, so the adverse effects are in some way cancelled out.

Professor Matthew Walker, a neuroscientist, and director for the Centre of Human Sleep Science at the University of California says that our sleep deprivation is ‘entirely a man-made problem.’ Mother Nature created this thing called sleep to help our brains and body recover and repair from the day, it’s perfect in every way…and us humans deliberately deprive ourselves of it!

Worse of all we wear our ‘lack of sleep’ like some badge of honour.

It’s madness, no other creature on this planet purposefully deprives themselves of the one thing that’s going to make them feel good.

It’s been calculated that in the UK alone lack of sleep cost the economy 1.86% of its GDP each year. Not only the cost to the economy the NHS in 2011 spent £50 million on sleeping pills, which was up 17% from the previous 4 years, but this will also likely to still be on the increase.

What does sleep deprivation do to us?

Effects of lack of sleep are;

*Increased state of anxiety and stress

* Increased irritability affecting relationships with others

* Increase reliance on caffeine and sugar for energy

Sleep deprived people who were tested in a driving simulator or performing hand-eye coordination tasks performed as poorly as or worse than, someone who was intoxicated. Indeed, sleep deprivation magnifies the effects of alcohol on a person.

It’s no wonder they use sleep deprivation as a method of torture!

Why lack of sleep is making you fat

Recent findings from ‘Winconsin Sleep Cohort Study’, a population based study of sleep disorders, compaired hormone markers in people how had 5 hours per night sleep against those who had 8 hours sleep.  It was found that those who had 5 hours sleep had 14.9% higher ghrelin levels (the hormones that make you feel hungry) and 15.5% lower leptin levels (the hormone that makes you feel full).  Relative levels were observed between the 5 hours and 8 hours. Basically the longer you sleep the higher your hungy and saited hormone levels were. This means that you feel less hungry than someone who doesn’t sleep and you feel like you’re full quicker.

This is huge! Imagine if someone told you that you could take a pill that could dull down your hungry hormone and ramp up your ‘I’m full’ hormone – you’d pay a fortune for it,right? Well, I’m telling you you don’t need to part with your cash, all you need to do is get a good nights sleep!

Well it’s not technically called that I just made it up, but that’s essentially what it is.

Twice every year in October and March 1.5 billion people in the Northern Hempishere are forced to either lose or gain an hours sleep – it’s called ‘Daylight Saving’. Researchers have tabulated this with millions of hospital records and you’ll be shocked to learn that a seemingly trivial hour loss of sleep in March comes with a spike in heart attacks the following day. It works both ways in October that figure plummets.

Similar figures can be seen when tracked against road traffic accidents.

Most people think nothing of this trivial clock change, but it is really anything but.

Here are my top tips for a good nights sleep.

1. Get to bed by 10pm. If you think that this is impossible, make sure you get up at 6am each morning, by the time 10pm comes around you’ll be ready for bed.

2. Switch off all electronic devices at least an hour before bed. The types of lights on phones and laptops tricks a part of our brain into thinking that it’s still daylight. This will disrupt your sleep pattern. Your body needs a twilight.

3. Warm milk before bed can make you feel drowsy as it helps to release a neurotransmitter called tryptophan (it’s what’s found in turkeys, that’s why we all feel sleepy after Christmas dinner). If you’re really struggling try cold tart cherry juice about 30 minutes before bed, this contains melatonin, so it can help send you off.

4. Sleep in a ‘bat-cave.’ Somewhere cool and dark. Make sure there’s no artificial light, get blackout curtains, and leave the window open.

5. Have a bath or shower before bed.

6. If you find that you need to get up in the night for the loo, then try to have a spoon of Apple Cider Vinegar in warm water before bed. Often it is not your bladder waking you up, but your blood sugars are dropping. ACV helps to regulate blood sugars, my husband swears by it anyway!

7. No alcohol or caffeine after 3pm. Alcohol seriously has some severe effects on the ability to sleep. It will most likely knock you out, but it will wake you up again a few hours later. I find red wine is particularly bad for this! Caffiene will keep your mind active well past bedtime – so make sure you’ve had all your caffiene fixes before 3pm.

8. Make sure you get plenty of fresh air, sunlight and exercise during the day.

9. Read a book before bed. An actual physical book, not on your phone!

It’s taken us 3,400,00 years for evolution to perfect our repair and life support functions, us humans think that merely 100 years of industrialised society can wipe that away…it really can’t. Sleep should become a priority for health, it’s what everything else depends upon. Being truly awakened (pun intended) to the power of sleep will help EVERY aspect of your wellness, it should be top of your list above diet and exercise when planning a healthy lifestyle.

Do you struggle with sleep? Have you any tips on how you’ve overcome sleeping difficulties?

One thought on “Sleep – Are You Getting Enough? My Top Tips for Helping You to Improve It”